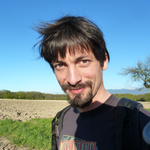 When do dominant females have higher breeding success than subordinates? A meta-analysis across social mammals.

Recommended by Matthieu Paquet based on reviews by 2 anonymous reviewers

In this meta-analysis, Shivani et al. [1] investigate 1) whether dominance and reproductive success are generally associated across social mammals and 2) whether this relationship varies according to a) life history traits (e.g., stronger for species with large litter size), b) ecological conditions (e.g., stronger when resources are limited) and c) the social environment (e.g., stronger for cooperative breeders than for plural breeders). Generally, the results are consistent with their predictions, except there was no clear support for this relationship to be conditional on the ecological conditions. considered

As I have previously recommended the preregistration of this study [2,3], I do not have much to add here, as such recommendation should not depend on the outcome of the study. What I would like to recommend is the whole scientific process performed by the authors, from preregistration sent for peer review, to preprint submission and post-study peer review. It is particularly recommendable to notice that this project was a Masters student project, which shows that it is possible and worthy to preregister studies, even for such rather short-term projects. I strongly congratulate the authors for choosing this process even for an early career short-term project. I think it should be made possible for short-term students to conduct a preregistration study as a research project, without having to present post-study results. I hope this study can encourage a shift in the way we sometimes evaluate students’ projects.

I also recommend the readers to look into the whole pre- and post- study reviewing history of this manuscript and the associated preregistration, as it provides a better understanding of the process and a good example of the associated challenges and benefits [4]. It was a really enriching experience and I encourage others to submit and review preregistrations and registered reports!

[2] Shivani, Huchard, E., Lukas, D. (2020). Preregistration - The effect of dominance rank on female reproductive success in social mammals In principle acceptance by PCI Ecology of the version 1.2 on 07 July 2020. https://dieterlukas.github.io/Preregistration_MetaAnalysis_RankSuccess.html 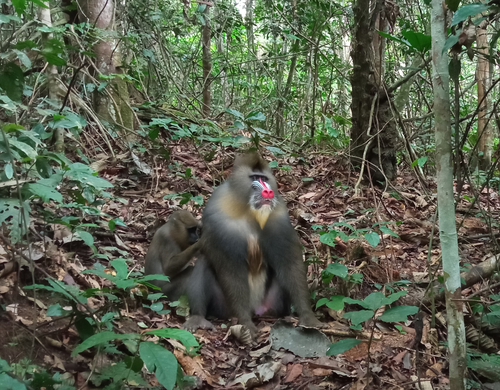 Rare behaviours can have strong effects: evidence for sexual coercion in mandrills

Sexual coercion can be defined as the use by a male of force, or threat of force, which increases the chances that a female will mate with him at a time when she is likely to be fertile, and/or decrease the chances that she will mate with other males, at some cost to the female (Smuts & Smuts 1993). It has been evidenced in a wide range of species and may play an important role in the evolution of sexual conflict and social systems. However, identifying sexual coercion in natural systems can be particularly challenging. Notably, while male behaviour may have immediate consequences on mating success (“harassment”), the mating benefits may be delayed in time (“intimidation”), and in such cases, evidencing coercion requires detailed temporal data at the individual level. Moreover, in some species male aggressive behaviours may subtle or rare and hence hardly observed, yet still have important effects on female mating probability and fitness. Therefore, investigating the occurrence and consequences of sexual coercion in such species is particularly relevant but studying it in a statistically robust way is likely to require a considerable amount of time spent observing individuals.

The reviewers and I were highly positive about this study, notably regarding the way it is written and how the predictions are carefully and clearly stated, tested, interpreted, and discussed.

This study is a good illustration of a case where some behaviours may not be common or obvious yet have strong effects and likely important consequences and thus be clearly worth studying. More generally, it shows once more the importance of detailed long-term studies at the individual level for our understanding of the ecology and evolution of wild populations.

It is also a good illustration of the challenges faced, when comparing the likelihood of contrasting hypotheses means we need to alter sample sizes and/or the likelihood to observe at all some behaviours. For example, observing copulation within minutes after aggression (and therefore, showing statistical support for “harassment”) is inevitably less likely than observing copulations on the longer-term (and therefore showing statistical support for “intimidation”, when of course effort is put into recording such behavioural data on the long-term). Such challenges might partly explain some apparently intriguing results. For example, why are swollen females more aggressed by males if only aggression before the swollen period seems associated with more chances of mating? Here, the authors systematically provide effect sizes (and confidence intervals) and often describe the effects in an intuitive biological way (e.g., “Swollen females were, on average, about five times more likely to become injured”). This clearly helps the reader to not merely compare statistical significances but also the biological strengths of the estimated effects and the uncertainty around them. They also clearly acknowledge limits due to sample size when testing the harassment hypothesis, yet they provide precious information on the probability of observing mating (a rare behaviour) directly after aggression (already a rare behaviour!), that is, 3 times out of 38 aggressions observed between a male and a swollen female. Once again, this highlights how important it is to be able to pursue the enormous effort put so far into closely and continuously monitoring this wild population.

Finally, this study raises exciting new questions, notably regarding to what extent females exhibit “counter-strategies” in response to sexual coercion, notably whether there is still scope for female mate choice under such conditions, and what are the fitness consequences of these dynamic conflicting sexual interactions. No doubt these questions will sooner than later be addressed by the authors, and I am looking forward to reading their upcoming work.

Why are dominant females not always showing higher reproductive success? A preregistration of a meta-analysis on social mammals

In social species conflicts among group members typically lead to the formation of dominance hierarchies with dominant individuals outcompeting other groups members and, in some extreme cases, suppressing reproduction of subordinates. It has therefore been typically assumed that dominant individuals have a higher breeding success than subordinates. However, previous work on mammals (mostly primates) revealed high variation, with some populations showing no evidence for a link between female dominance reproductive success, and a meta-analysis on primates suggests that the strength of this relationship is stronger for species with a longer lifespan [1]. Therefore, there is now a need to understand 1) whether dominance and reproductive success are generally associated across social mammals (and beyond) and 2) which factors explains the variation in the strength (and possibly direction) of this relationship.
In their preregistration, Shivani et al. [2] plan to perform a meta-analysis on 86 social mammal species to address these two points. More specifically, they will investigate whether the relationship between female dominance and reproductive success vary according to life history traits (e.g. stronger for species with large litter size), ecological conditions (e.g. stronger when resources are limited) and the social environment (e.g. stronger for cooperative breeders than for plural breeders).
The two reviewers and I were particularly positive and enthusiastic about this preregistration and only had minor comments that were nicely addressed by the authors. We found the background well-grounded in the existing literature and that the predictions were therefore clear and well-motivated. The methods were particularly transparent with a nicely annotated R script and the authors even simulated a dataset with the same structure as the actual data in order to make sure that the coding of the data handling and statistical analyses were appropriate (without being tempted to look at model outputs from the true dataset).
Perhaps one limitation to keep in mind once we will have the chance to look at the outcome of this study if that the dataset may not be fully representative of social species with dominance hierarchies. For example, the current dataset contains only one aquatic mammal (Mirounga angustirostris) as far as I can see, which is likely due to a lack of knowledge on such systems. Furthermore, not only mammals exhibit dominance hierarchies and it will be interesting to see if the results of the proposed study hold for other social taxa (and if not, what may explain their differences).
That being said, the proposed study will already offer a much broader overview of the relationship between dominance and reproductive success in animal societies and a better understanding for its variation. The reviewers and I believe it will make an important contribution to the fields of socio-ecology and evolutionary ecology. I therefore strongly recommend this preregistration and we are particularly looking forward to seeing the outcome of this exciting study.

The Great-tailed grackle (Quiscalus mexicanus) is a polygamous bird species that is originating from Central America and rapidly expanding its geographic range toward the North, and in which females were long thought to be the sole nest builders and caretakers of the young. In their pre-registration [1], Folsom and collaborators report repeated occurrences of male parental care and develop hypotheses aiming at better understanding the occurrence and the fitness consequences of this very rarely observed male behavior. They propose to assess if male parental care correlates with the circulating levels of several relevant hormones, increases offspring survival, is a local adaptation, and is a mating strategy, in surveying three populations located in Arizona (middle of the geographic range expansion), California (northern edge of the geographic range), and in Central America (core of the range). This study is part of a 5-year bigger project.
Both reviewers and I strongly value Folsom and collaborators’ commitment to program a study, in natural field conditions, of a rare, yet likely evolutionary-important behavior, namely parental care by males of the great-tailed grackle. Yet, we all also recognized that it is a risky endeavor, and as a consequence, we wondered about the authors’ ability to reach a sufficient sample size to statistically test (all) hypotheses and predictions with enough confidence (e.g. risk of type I errors, also known as false positives).
Folsom and collaborators acknowledged these limitations in their pre-registration. (i) They made the exploratory nature of their research work clear to readers. (ii) They adapted their analysis plan in running prior power analyses and in focusing on effect sizes (estimates and confidence intervals). (iii) Last and not least, Folsom and collaborators clearly exposed a priori hypotheses, their associated predictions and alternatives, and ranked the latter based on their plausibility according to knowledge in the current and other study systems. Developing theory about male parental care behavior more generally with regard to a polygamous species that is rapidly expanding its geographic range and that is considered not to provide male parental care is without any doubt an added value to this study.
In summary, while this study will likely be insufficient to fully understand male parental care behavior of great-tailed grackles, it is much needed because it will definitely allow rejecting some predictions (e.g., if this behavior is present in all the studied populations, it would be common across range against expectation; finding only one male providing care to an unrelated offspring would lead to reject the prediction that males only care for their own offspring) and thus it will help laying the foundation of future research directions.
I strongly support the pre-registration system and thank all the contributors for producing a fruitful discussion throughout the review process, which in fine improved the clarity and logic of this pre-registration. Given the positive and encouraging reviews, the detailed and thorough answers to all comments by Folsom and collaborators, and their satisfactory and interesting revisions, I am happy to recommend this pre-registration and I look forward to seeing its outcomes.