Alpine ecology and their dynamics under climate change

Sergio Estay based on reviews by Nigel Yoccoz and 1 anonymous reviewer
A recommendation of: 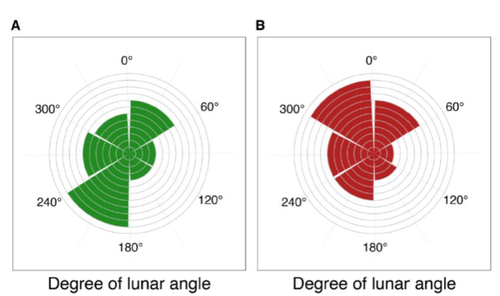 Four decades of phenology in an alpine amphibian: trends, stasis, and climatic drivers

The goal of this study is to assess the main factors determining the timing of breeding in an alpine population of the common toad (Bufo bufo) and to describe the observed shifts in its breeding phenology.

Breeding advanced to earlier dates in the first years of the study but the trend continued only until the mid 1990s, and stabilised afterwards. Overall, toads are now breeding on average around 30 days earlier than at the start of the study period. High temperatures and low snow cover in winter and spring, as well as reduced spring precipitation were all associated with earlier breeding. Additionally, we found evidence of males arriving on average before females at the breeding site but no clear and strong effect of the lunar cycle. We only found weak evidence of among-individual variation in shifts in the breeding phenology, as well as a low repeatability of arrival timing.

Our findings show that the observed changes in breeding phenology are strongly associated with the environmental conditions. These results contribute to filling a knowledge gap on the effects of climate change on alpine amphibian populations. Moreover, we show that changes in phenology, especially in the mountains, can be hard to predict as local microclimatic conditions do not necessarily reflect the observed global climatic trends.

​​Research about the effects of climate change on ecological communities has been abundant in the last decades. In particular, studies about the effects of climate change on mountain ecosystems have been key for understanding and communicating the consequences of this global phenomenon. Alpine regions show higher increases in warming in comparison to low-altitude ecosystems and this trend is likely to continue. This warming has caused reduced snowfall and/or changes in the duration of snow cover. For example, Notarnicola (2020) reported that 78% of the world’s mountain areas have experienced a snow cover decline since 2000. In the same vein, snow cover has decreased by 10% compared with snow coverage in the late 1960s (Walther et al., 2002) and snow cover duration has decreased at a rate of 5 days/decade (Choi et al., 2010). These changes have impacted the dynamics of high-altitude plant and animal populations. Some impacts are changes in the hibernation of animals, the length of the growing season for plants and the soil microbial composition (Chávez et al. 2021).

Lenzi et al. (2023), give us an excellent study using long-term data on alpine amphibian populations. Authors show how climate change has impacted the reproductive phenology of Bufo bufo, especially the breeding season starts 30 days earlier than ~40 years ago. This earlier breeding is associated with the increasing temperatures and reduced snow cover in these alpine ecosystems. However, these changes did not occur in a linear trend but a marked acceleration was observed until mid-1990s with a later stabilization. Authors associated these nonlinear changes with complex interactions between the global trend of seasonal temperatures and site-specific conditions.

Beyond the earlier breeding season, changes in phenology can have important impacts on the long-term viability of alpine populations. Complex interactions could involve positive and negative effects like harder environmental conditions for propagules, faster development of juveniles, or changes in predation pressure. This study opens new research opportunities and questions like the urgent assessment of the global impact of climate change on animal fitness. This study provides key information for the conservation of these populations.

Cite this recommendation as:
Sergio Estay (2023) Alpine ecology and their dynamics under climate change. Peer Community in Ecology, 100469. https://doi.org/10.24072/pci.ecology.100469
Conflict of interest:
The recommender in charge of the evaluation of the article and the reviewers declared that they have no conflict of interest (as defined in the code of conduct of PCI) with the authors or with the content of the article. The authors declared that they comply with the PCI rule of having no financial conflicts of interest in relation to the content of the article.
Funding:
This project was funded by the Federal Office for the Environment (contract numbers: 20.0001.PJ/46DBED0F1 and 06.0126 and the Stiftung Temperatio.PZ Artenförderung / N4941379) 34

The authors have done a very thorough revision of the paper, and this will in my opinion be a great study showing the importance of having long-term, high quality monitoring data. Impacts of climate change can be rather complex and vary regionally, and we depend on such studies to be able to generalize conclusions based on single studies.

This revised version of the manuscript is indeed improved, and the authors have made pertinent changes to the text.

I have no new observations to the manuscritp as it is.

Version of the preprint: 2

Dear authors, after a first review both reviewers agreed that your manuscript is very clear and without doubts an interesting contribution to the field. However, both (specially reviewer 2) suggested several points that need to be clarified or modified. Please keep in mind these comments in poyur new version. I think that including the previous points and clarification current concerns could be a major improvement of it.

I carefully read your manuscript entitled "Four decades of phenology in an alpine amphibian: trends, stasis and climatic drivers". I really liked your work. It is well written, the introduction gives good support to your questions. Methods are sound and were described with enough detail. Discussion and Conclusions are also well written and analyze the meaning of your findings without being too speculative, and recognizing the limits of your work. As general observations, I might suggest to reduce the number of citations, and maybe work around  the title to make it more descriptive and representative of your work. I would suggest some modifications to  formatting, but I understand it will depend on the specific journal where this MS would be submitted.

I only have two minor observations:

109-115. These are  generalizations that only apply to temperate/cold regions. Tropical regions will not experience any of these events, and hibernation does not occur. So I suggest to adapt the paragraph to make generalizable statements or to indicate its regional limitations. The modifified paragraph will still fit perfectly in you discursive line.

Line 369. Is this some sort of implementation of the Kaiser criterion? I’m familiarized with the criterion of keeping principal components whose eigenvalues are higher than one, but I haven’t found anything on using the standard deviation.

This is a quite interesting study of breeding phenological changes over a long period (39 years) in an alpine amphibian, the common toad. The quality of the study comes from having individually-based data as well as records with high precision. Surprisingly, there was a strong shift in phenology leading to breeding season starting earlier by about a month, but this shift occurred early in the time series (1980-90s), with no further change. This is somewhat different from changes in e.g. spring temperatures which have increased until the 2010s. The authors emphasize the importance of understanding (and measuring) local drivers when the objective is to predict phenological changes in heterogeneous environments. This is an importance message in terms of research and associated monitoring.

The authors use simulated datasets to assess the plausible consequences of the uncertainty in the dates of the first observations on parameter estimates (ie toads may have come a few days earlier as observations are not made every single days and they may have been missed). They do this by “allowing the date of the start of the breeding to be as early as seven days before the initially assigned first capture night”.  First the authors need to define what distribution they used for the simulated dates (uniform distribution between 0 and 7?). Second the intervals they get from these simulated datasets are not confidence intervals in the sense that they only include one source of variability – i.e. proper confidence intervals are those based on all sources of variability and are closer to those considering the standard errors given in Table 1. I would to avoid any confusion put the results associated to the 1000 simulated datasets in the SM (your analyses are robust with respect to errors in records), and provide estimates with proper 95% CI in Table 1 (with P-values if you want, but I am not very fond of P-values). And don’t call it bootstrapping (eg as in table 2 and 3) since you are not resampling data (or simulating residuals from the model as you would do with parametric bootstrapping, even if you do the simulations parametrically for one component associated to the error). Finally, please remove P-values for nonsensical hypotheses, i.e. for the intercepts (you are testing if toads were breeding at day=0 in year 0…), and rescale your predictor year so that the intercept has a value which is relevant (eg year = 0 means first year of the study, 1982), not an intercept = 6342 (Table 1) which is day number again for year=0.

I don’t understand why you include the product (what you call an interaction l. 381) of PC1 and PC2 as a predictor since it is far from being significant and may lead to unstable parameters for the main effects. I fully support to include “non-significant” parameter estimates when they represent the main focus of the study (eg part of the design, or in your case the lunar cycle), but in this case it is not obvious why they should interact multiplicatively.

I would be perhaps a bit more careful when writing that assessing repeatability will help you “understand the role of the genetic component” (abstract, or after l. 481). As you write it could represent an upper limit, but the genetic component could be anything less than that, so one cannot really infer much about genetics, except perhaps as you write that it might be low. Just focus on assessing the individual heterogeneity (the complement of repeatability) which is interesting enough. That this heterogeneity seems to be low is important to know, for example when studies do not have access to individually-based data.

The increasing variability in recent years is also something interesting and the discussion after l. 548 is thorough. I understand that one wants to relate it to possible extreme events (which could be due to an increase in environmental variability without having “truly” improbable events – ie not just the 5% tail but events with much lower probability, such as the summer 2003), but it could be nice to show the distribution of residuals on the figure for different time periods to show this explicitly. Is it just a change in the variance, or a change in “extremes” – seems the former is a better description.

It could be relevant to cite papers by R. Prodon (most recent is Prodon et al. 2020) which have shown nonlinear changes, but that have been related to nonlinear changes in weather patterns.

No user comments yet
Log in Register
Submit a preprint