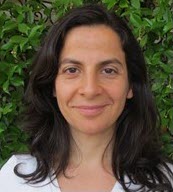 Areas of expertise
My research lies at the interface between ecology and biological conservation, with the study of spatial biodiversity patterns as the unifying theme. My main current interests are large-scale conservation priorities; animal migration; historical ecology (the historical human footprint on biodiversity, with a focus on whales).

The importance of spatio-temporal dynamics on MPA's design

Recommended by Sergio Estay based on reviews by Ana S. L. Rodrigues and 1 anonymous reviewer

Marine protected areas (MPA) have arisen as the main approach for conservation of marine species. Fishes, marine mammals and birds can be conservation targets that justify the implementation of these areas. However, MPAs undergo many of the problems faced by their terrestrial equivalent. One of the major concerns is that these conservation areas are spatially constrained, by logistic reasons, and many times these constraints caused that key areas for the species (reproductive sites, refugees, migration) fall outside the limits, making conservation efforts even more difficult. Lambert et al. [1] evaluate at what point the Bay of Biscay MPA contains key ecological areas for several emblematic species. The evaluation incorporated a spatio-temporal dimension. To evaluate these ideas, authors evaluate two population descriptors: aggregation and persistence of several species of cetaceans and seabirds.
The authors determined that despite the MPA contains key areas for some species, for many others the key areas fall outside the MPA (aggregation sites) or observed aggregation sites are poorly persistent in time. They found that aggregation and persistence behave as two uncorrelated descriptors of the spatio-temporal distribution of populations. Variability of both characteristics was species-specific, but in all cases the message is clear: both features must be taken into account to evaluate the effectiveness of MPAs. Both conclusions pointed out to the difficulties that a strategy based on MPAs could face when the target are those species with low aggregation or those where key sites show low persistence in time.
Conceptually, the manuscript and its conclusions are very interesting, specially its recommendation of including temporal variability of species abundances and aggregation in the design of MPAs. However, despite the clear biological importance of persistence and aggregation of the conservation targets for the design of a MPA, its implementation will still be an extremely complex task. A first constraint is that important areas for one species could not be relevant for others, making the design of the MPA difficult because the more target species we include the larger the area needed for the MPA. As a consequence, the management of the MPA turns difficult and expensive as the area increases. These increased costs could be a key point for accepting/rejecting the implementation of these MPAs for governments. Also larger areas could imply highest level of conflict with local communities or stakeholders. In many the inclusion inside MPAs of areas with traditional social or economic use will be a major source of conflict with the people.
Despite these difficulties, the results of Lambert et al. [1] give us a key message for improving MPA’s design. The best strategy for including their conclusions in the effective implementation of these areas will be the next target in conservation research.

Areas of expertise
My research lies at the interface between ecology and biological conservation, with the study of spatial biodiversity patterns as the unifying theme. My main current interests are large-scale conservation priorities; animal migration; historical ecology (the historical human footprint on biodiversity, with a focus on whales).