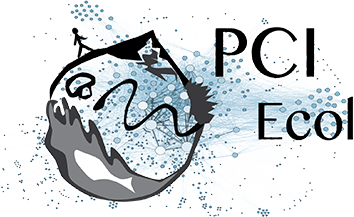 Physics (1990) and Biology (1997) degrees at the University of Barcelona. PhD in Science (Applied and Computational Physics) at the Polytechnic University of Catalonia (2004) on the stochastic nature of ecological interactions with applications ranging from community ecology to infectious diseases under the supervision of Prof Ricard Sole. Since 2004 he has worked in several international research centers in the United States (University of Michigan, 2004-2007) and Europe (VENI award, University of Groningen, 2007-2010, and University of Leeds, 2010). In 2011 he returned to Spain with a Ramon y Cajal fellowship from the Spanish Ministry of Education and Science (2011-2017) at the Center for Advanced Studies of Blanes, CEAB-CSIC. In May 2018 he got promoted, through a Spanish national-level evaluation (“concurso-oposicion”), to a permanent position as a CSIC Senior Research Scientist (“Investigador Cientifico”) at CEAB. His research focuses on the study of the basic organizational principles underlying ecological and evolutionary systems using interdisciplinary approaches from biology, physics, mathematics, and computer science with a strong emphasis on theory to bridge the gap between empirical and theoretical approaches. At his current position at CEAB, he has co-founded the CSIC group on computation and theory in ecology and fostered the creation of the Computation Biology Lab, a computing facility to support theoretical and computational approaches across the different research groups at CEAB.